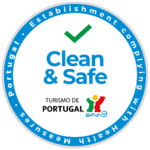 The CORK&CITY is a day-long trip where you have the chance to get to know some towns of the Alentejo, and their natural, cultural and culinary heritage. We will visit the most emblematic locations of the Alentejo.

Cities you can visit

Montemor-o-Novo is a Portuguese city in the District of Évora, in the central zone of the Alentejo region. It is an essential traffic distribution hub, along the Lisbon-Madrid route, while simultaneously being near Évora, the district capital and a World Heritage Site, and allowing easy access to the main cities in southern Portugal.

King Sebastião bestowed it the title of “Notable Town” as an ancient and noble site of churches, temples and monasteries.
An extremely old settlement, the town of Montemor-o-Novo grew, spreading from inside the Castle walls to the north-facing hillside. With charters dating back to 1203 (by King Sancho I) and 1503 (King Manuel) its heyday was in the 15th and 16th centuries thanks to the commercial prosperity and the fact the court was accommodated for long periods in the neighbouring city of Évora.

Montemor-o-Novo Castle is the original site of the primitive settlement of Montemor. It is said to have been conquered from the Moors by King Afonso Henriques soon after 1166. His son, King Sancho I, granted it its first charter in March 1203, and its wall was rebuilt during the reign of King Dinis.

The discovery of the monumental Escoural Cave in 1963, revealing vestiges of human occupation at the site dating back 50,000 years, put Montemor-o-Novo on the world’s archaeological map. Consisting of a network of tunnels next to the town of Escoural, the cave contains rock art including remarkable depictions of horses and cattle, and served as a shelter for nomad communities, a sanctuary and finally a burial place.

Estremoz is a Portuguese city in the District of Évora, in the central zone of the Alentejo region, around 174 km from Lisbon. Its medieval castle perched on top of a hill dominates the surrounding landscape, from where one can see cultivated crops, green vineyards, cork oak and holly oak woodland, the Serra d’Ossa, Evoramonte Castle, olive groves and the marble quarries.

The Tower and its castle, built in its entirety using the white marble of Estremoz, is called the “Tower of the Three Crowns”, because it was constructed during the reigns of three Portuguese kings. The Queen Saint Isabel, a notable personality in the History of Portugal, lived over several spells at Alcáçova de Estremoz and passed away there, and still today she is much-admired by the residents of Estremoz.

The city grew inside the walls of the second fortification line, which had been built from the 17th to the 19th centuries to defend the Military Square of Estremoz. A large proportion of this line of walls is still standing today, with the four monumental gateways, ramparts, ravelins and other defensive structures forming the imposing fortifications of Estremoz.

Its well-preserved historical centre is one of Portugal’s foremost attractions, which has earned it the nickname of the Museum City. In 1986, the historical city centre was declared a UNESCO World Heritage site.

ÉVORA, capital of central Alentejo, delimited to the north by the districts of Santarém and Portalegre, to the east by Spain, to the south by the district of Beja and to the west by the district of Setúbal, is 135 km from Lisbon.
In the heart of the Alentejo, dominated by wheat fields, meadows and woodland, and dotted with vineyards and olive groves, Évora is one of Portugal’s richest and most wide-ranging regions in terms of heritage thanks to its geographical location, which resulted in different peoples settling there in different epochs. Prehistoric remnants can be found here, making it the Capital of Iberian Megalithism.

Two of the most emblematic monuments and essential architectural landmarks of the city are located at the highest point of Évora: the cathedral and the Roman Temple. The Roman Temple dates back to AD and its ruins, reconstructed in 1871, show an exceptional building of the epoch: Corinthian capitals carved in Estremoz marble, ribbed columns made from local granite, and the high podium, originally surrounded by water. Évora Cathedral, dedicated to the Virgin Mary, is a sacred Romanic-Gothic place of worship dating back to 1308. The Chapel of Bones is a unique funeral site in Portugal and extremely rare in Europe. It was built by the Franciscan community of Évora, around the 17th century.

In the surroundings of Évora we find Almendres Cromlech, a spectacular complex of 95 monoliths, some of which contain schematized-geometric or astral engravings. Although many questions about these kinds of monuments are still unanswered, it is possible that theories linking them to the worship of the planets and the stars have foundation. It is the most important megalithic monument in the Iberian Peninsula, not only because of its size, but also because it is so well preserved.

Lisbon or the Alentejo

The Tour may include:

Door-to-door return transport for up to 6 people

Regional lunch in a high-quality restaurant

Entrance to museums with a possible guided tour

Option to add the Stand-Up Paddle (1h30 minutes) option with a certified instructor, and material included.

The Alentejo is located in the south of Portugal between the River Tagus and the Algarve. To the east it forms the border with Spain and to the west it is bathed by the Atlantic Ocean. It is a large, essentially rural and sparsely populated region, which occupies around a third of Portugal’s surface area. The beauty of the landscape and the quality of its archaeological, architectural and ethnographic heritage, together with the excellence of its gastronomy and wines, make it an exceptional tourism opportunity for the discovery of the region’s nature and culture.

In each village one can identify the most striking characteristics of the typical rural architecture of Alentejo Houses: the bungalows; the thick walls with few openings, traditionally built from earth, a wise solution that, using few resources, retains the heat in the winter and the coolness in the summer; the enormous chimneys, sometimes higher than the houses themselves, to let out the smoke from the fireplaces that warm the cold nights and to smoke home-made meats; the centrepiece that occupies the kitchen; the bread oven, sometimes common for the whole village, with its unmistakable dome shape; the texture of the outer and inner walls, which year upon year the women line with new layers of limestone; and the colourful skirtings that, in bygone times, were painted mainly in ochre and blue.